It happened in a luxurious, secluded hotel in the heart of Nocktovia, an Island in the Baltic Sea. CIA agent, Joseph Lawrence was, again, hosting one of the biggest events of the year, his birthday party. His wealth and his ego allowed nothing but the best.

Though security was tight, eight disguised secret agents managed to gain entry to this gala event. The Grand Ballroom that night was enchanting, the music was playing softly, when suddenly…a blood-curdling scream was heard. Guests rushed out to find Joseph lying on the balcony.

He had been strangled…

Natasha Kozlov:  A tough KGB agent posing as a singer. On stage she has the voice of an angel. What would it take to make her sing like a bird?

Fritz Vaughn Heusen:  A spy with the German Secret Service, moonlighting as a bartender. With his irresistible personality and good looks, he could charm a snake, but wouldn’t hesitate to slip you a mickey.

Ivan Tolstoy: A Russian Spy disguised as a security guard. He has a short fuse, bad attitude, and a license to kill!

Jenna Curran:  On assignment for the Government of France disguised as a French maid. She was once a top agent, but lately the pressure has clouded her judgment. Had she served her last assignment?

Angelo Decca:  A CIA agent. A handsome gigolo with class and an exquisite taste in women, undercover work was definitely his specialty.

Jessica Collins:   Junior field agent for the CIA. She is the grief-stricken fiancée living a double life. How far would she go to keep her secrets?

Simon Rickman:  A British spy and introverted computer programmer who was about to crash…did he byte off more than he could chew? 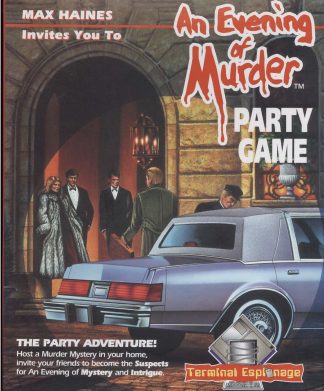